Home Thread Lift
What Is Facial Threading?
How Long Does A Thread Lift Take And Last?

What Is Facial Threading?

Facial threading also referred to as a “thread lift” is a procedure that lifts and tightens sagging skin from the lower portion of your face without surgery or incisions. It is a faster, less expensive option than a surgical facelift, with little recovery time.

The latest version of a threading facelift, which Dr. Suh performs in his office, uses temporary, absorbable sutures under your skin to lift up and recontour sagging skin.

The thin sutures are attached by tiny cones that hold them in place, and also help lift and tighten from underneath. The cones, made from natural materials, reabsorb over time. the sutures and cones stimulate the production of collagen under your skin, which increases the look of fullness over time. Facial Threading can improve the appearance of sagging jowls, cheeks and neck.

How does today’s threading differ from the past?

The thread lift became popular in the 1990s, but doctors stopped using it about ten years ago. At the time, the procedure used permanent sutures with the anchors placed in the scalp, temples, and brow region. The stitches, which remained permanently under the skin, could release from the anchors, and therefore no longer lift the skin.

Today’s thread lift uses an entirely biodegradable material that the body ultimately absorbs. Dr. Suh can also lift in two directions, rather than only one in the old procedure, giving you a more three-dimensional look. These improvements have made the thread lift return to popularity.

How Long Does A Thread Lift Take And Last?

A thread lift takes under an hour to perform, and recovery time is only one or two days. Results vary but can last anywhere from eighteen months to a few years. Since the procedure stimulates the body to produce collagen, results continue to improve over time.

Dr. Suh may recommend combining facial threading with other facial contouring procedures, such as dermal fillers or laser treatments. This type of combination can produce even more significant results that last longer.

Threading can’t achieve the transformative and permanent change of a complete surgical facelift. However, it can achieve significant lifting, shaping, volume, and improvement at a fraction of the cost. it requires no anesthesia or surgery, or prolonged recovery time.

To find out more about threading, call us to schedule a complimentary consultation at Suh Esthetics in Bellevue, Washington. 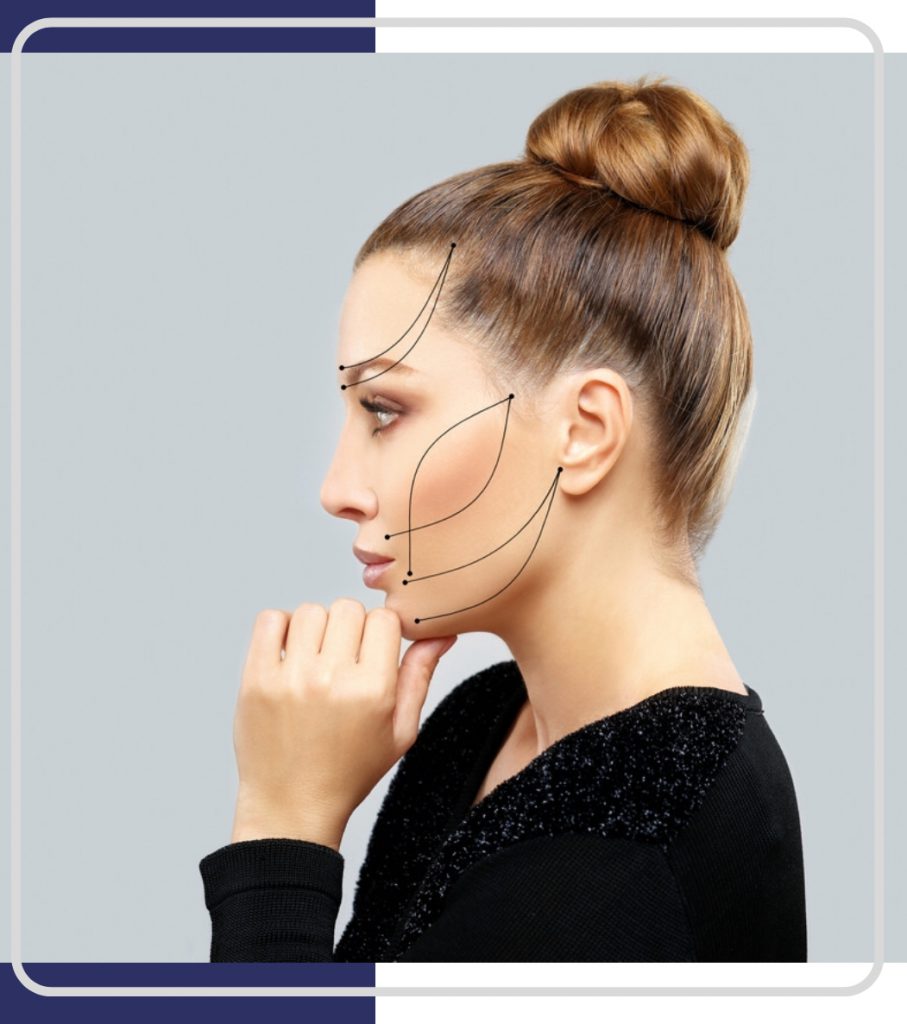